Behavior Change Technologies (BCTs) have emerged in the field of Human-Computer Interaction (HCI) as a promising class of tools able to address key societal problems. Human behavior is a key contributing factor to most of them, from global warming, to the rising cost of healthcare worldwide, and emerging concerns of the technological age, such as online privacy and the propagation of misinformation through social media. In the domain of health, non-communicable diseases including heart disease, stroke, cancer and diabetes account for nearly 70% of deaths. Their causes are primarily behavioral, including smoking, physical inactivity, poor diet and alcohol use. Physical inactivity, in particular, is one of the leading risk factors for death worldwide. BCTs, such as physical activity trackers, can become instrumental in the transition to a new healthcare landscape that stresses prevention and patients being in control of their health. Yet, recent studies have questioned the effectiveness of physical activity trackers and shown high attrition rates among their users. While technological interventions have been proven to be more effective when grounded in theory, studies have shown the majority of activity trackers to lack theoretical content. With an abundance of theories and behavior change techniques, it has been noted that designers and researchers are having a hard time deciding with confidence which of the theories and techniques to use. In this talk we will argue for the need for theoretically and empirically grounded design in the context of BCTs. We will present a number of recent projects where we have attempted to make behavioral theory accessible to design teams, as well as empirical studies of the adoption, engagement with, and impact of physical activity trackers on individuals’ behaviors. 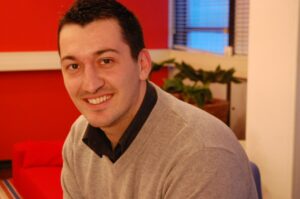 Dr. Evangelos Karapanos
Dr. Evangelos Karapanos is an Associate Professor in the Department of Communication and Internet Studies of the Cyprus University of Technology (CUT) where he leads the Persuasive Technologies laboratory. Dr. Karapanos holds a PhD (cum laude) in Human-Computer Interaction from Eindhoven University of Technology, a MSc in Human-Computer Interaction from University College London, and a BSc in Physics with a specialization in microelectronics from the University of Patras. His expertise is in experience-centered design of interaction with technology. His work has received more than 4000 citations in the literature and a number of awards, including a best paper and a best poster award at Persuasive Technology 2017, an honorable mention for best paper at Ubicomp 2015, and the tech challenge for atrocity prevention 2013 award.

Keynote 2: Detecting the “Fake News” Before It Was Even Written

Fake news generators use persuasion and manipulation and exploit the cognitive biases of the target audience. With fact-checking approaches, by the time a claim is finally verified, it could have reached millions of users, and the harm caused could hardly be undone. An arguably more promising direction is to focus on analyzing entire news outlets, which can be done in advance; then, we could fact-check the news before it was even written: by checking how trustworthy the outlet that has published it is (which is what journalists actually do). We will show how we do this in the Tanbih news aggregator (http://www.tanbih.org/), which aims to limit the impact of “fake news”, propaganda and media bias by making users aware of what they are reading, thus promoting media literacy and critical thinking, which are arguably the best way to address disinformation in the long run and to resist persuasion and biases. In particular, we develop media profiles that show the general factuality of reporting, the degree of propagandistic content, hyper-partisanship, leading political ideology, general frame of reporting, stance with respect to various claims and topics, as well as audience reach and audience bias in social media.

Another important observation is that the term “fake news” misleads people to focus exclusively on factuality, and to ignore the other half of the problem: the potential malicious intent. Thus, we detect the use of specific propaganda techniques in text, e.g., appeal to emotions, fear, prejudices, logical fallacies, etc. We will show how we do this in the Prta system (https://www.tanbih.org/prta), another media literacy tool, which got the Best Demo Award (Honorable Mention) at ACL-2020; an associated shared task got the Best task award (Honorable Mention) at SemEval-2020 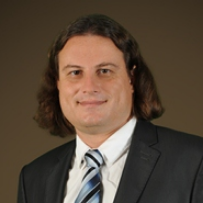 Dr. Preslav Nakov
Dr. Preslav Nakov is a Principal Scientist at the Qatar Computing Research Institute (QCRI), HBKU, where he leads the Tanbih mega-project (developed in collaboration with MIT), which aims to limit the impact of “fake news”, propaganda and media bias by making users aware of what they are reading, thus promoting media literacy and critical thinking. Dr. Preslav Nakov is President of ACL SIGLEX, Secretary of ACL SIGSLAV, and a member of the EACL advisory board. He is also member of the editorial board of a number of journals including Computational Linguistics, TACL, IEEE TASL, CS&L, NLE, AI Communications, and Frontiers in AI. He authored a Morgan & Claypool book on Semantic Relations between Nominals and two books on computer algorithms. He published 250+ research papers, and he was named among the top 2% of the world’s most-cited in the career achievement category, part of a global list compiled by Stanford University. He received a Best Long Paper Award at CIKM’2020, a Best Demo Paper Award (Honorable Mention) at ACL’2020, a Best Task Paper Award (Honorable Mention) at SemEval’2020, a Best Poster Award at SocInfo’2019, and the Young Researcher Award at RANLPâ€™2011. He was also the first to receive the Bulgarian President’s John Atanasoff award, named after the inventor of the first automatic electronic digital computer. 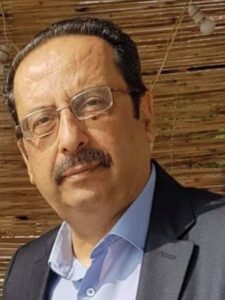 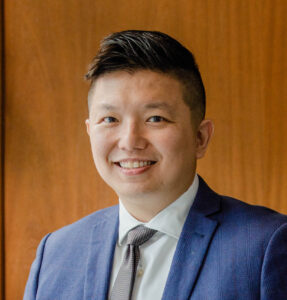 Dr. Ryan KyoChair & Director of UQ Cyber Security, The University of Queensland, Australia
Professor Ryan Ko leads the interdisciplinary UQ Cyber centre, which comprises 60+ academics from four faculties, 12 schools, one centre and one institute across the University of Queensland. He has held scientific leadership roles at Hewlett-Packard Labs and academia, and technical advisory roles for ministers, listed companies and the INTERPOL. His interdisciplinary research is published across top venues in the areas of computer science (e.g., WWW), power and energy (e.g., IEEE Transactions on Smart Grid), information systems, crime science and political science. 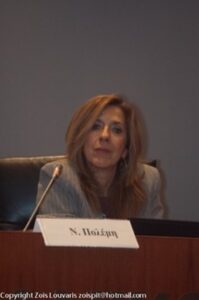 Dr. Nineta Polemi Cybersecurity Professor, University of Piraeus
Nineta Polemi is a cybersecurity Professor in the University of Piraeus-UNIPI- (Cyber Security Lab, Dept. of Informatics) and CTO/ Co-Founder of trustilio. She served (2017-2020) as Programme Manager and Policy Officer in the European Commission DG (CONNECT H1 Unit entitled ’Cybersecurity Technologies and Capabilities’). She has over 150 publications in security has organised numerous scientific and policy international cybersecurity scientific events. She serves as external expert/reviewer/consultant in ENISA, E.C.(EEAS/ESDC, DGCNECT, DGMARE, DGHOME ), FORTH, Focal Point, CodeWeTrust.

Dr. Annemarie Braakman-JansenAssistant professor, University of Twente
Coming from a multidisciplinary background within Health Sciences (Human Movement Sciences and Health Education & Promotion) and having worked within various groups in different roles (researcher outpatient clinic for rheumatic diseases READE, Amsterdam; policy advisor Health-economics at the National Health Care Institute, Amsterdam; PI for several projects University of Twente, Enschede), she values (inter)national collaboration between disciplines both within and outside the university as well as with various stakeholders (patients, care providers, insurers, companies) in Healthcare. She is PI of the project TTT: a multidisciplinary PPS project including psychology, engineering, creative industry and elderly care organizations (ZonMW grant).
Page load link
Go to Top